My Pyloric Stenosis at six weeks old, Released with Gratitude!

(This article was originally published October 2007) 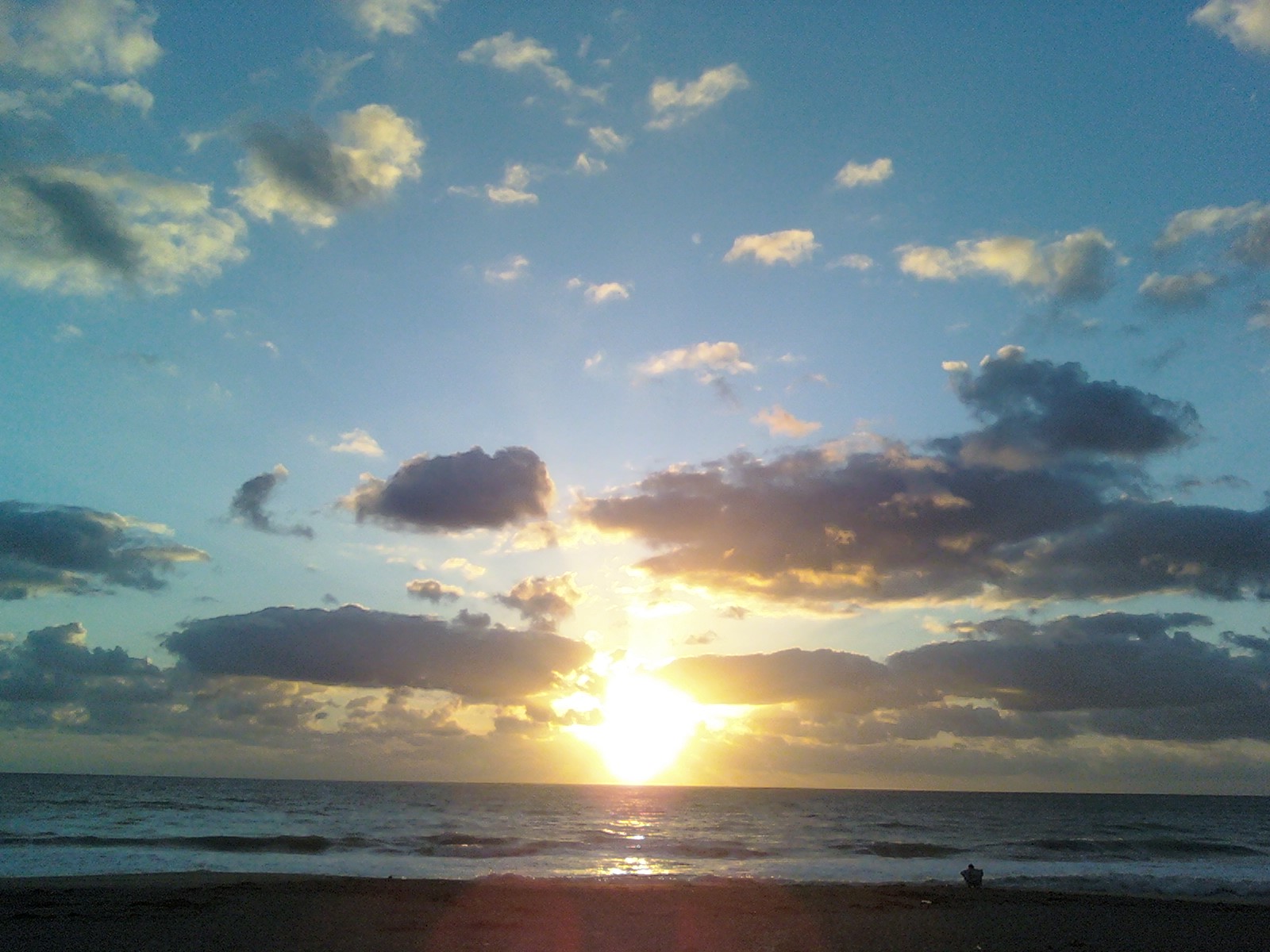 Pyloric stenosis is fairly common and affects about three out of 1,000 babies. Most infants who develop pyloric stenosis are usually between 2 weeks and 2 months old – symptoms usually appear during or after the third week of life. It is a narrowing of the pylorus, the lower part of the stomach through which food and other stomach contents pass to enter the small intestine. An affected infant begins showing symptoms when the pylorus is so thickened that the stomach can no longer empty properly. The first symptom of pyloric stenosis is usually vomiting. Projectile vomiting usually takes place soon after the end of a feeding.

A surgical procedure which involves cutting through the thickened muscles of the pylorus, is performed to relieve the obstruction. The pylorus is examined through a very small incision, and the muscles that are overgrown and thickened are spread to relieve the obstruction.
Why this article? This happened to me at six weeks old in August of 1965. And although it’s been 42 years since this major invasive (non-elective) surgery, it was brought to my attention today in a most profound way. It is my joy to share it and all that has now come out after all those years.

First, the details at six week old (of which I don’t recall a thing) that my mom emailed today me of what she remembered from that time long ago.

“Honey I can’t think of the Doctors name, he wouldn’t be around anymore as he was not a young man back then. You were six weeks old and stayed in the hospital almost 10 days. The operation was done in a hospital in downtown Manhattan, as the Doctor was associated with that hospital. You were operated on around 12 midnight since they had to call an entire staff in just for this Doctor. It happened to be on a Saturday night in the summer and everyone was away at the shore. My Doctor, Dr. Caruso got the entire medical team together. Your hospital stay was at Poly Clinic so Caruso could keep an eye on you. I came down from Mahopac everyday so I could feed you and make sure you were well taken care of. Dr. Caruso let me take you home a few days before ten days because I told him I could do a much better job then the hospital! Love Mom¦ what do you need all this for?”

(I didn’t tell her yet why I wanted all these details after all these years.)

So now here is the “Why” in this article.

I have done a lot of work on myself over the years, inside and out. Being very athletic early on developed my can do attitude. I received many massages during and after going to massage school, worked for a wonderful Chiropractor, Trina Marx, who first introduced me to Applied Kinesiology (A.K.), been hypnotized using regression work (going back in time) many times, and even intense Holotropic Breathwork that incredibly moving from the inside, out.

I was ready for what going to happen next. Today I had a session with a very special healer, Dr. Greg Birsky who is a TPI (Titleist Performance Institute) Trainer, Chiropractor, Energy Worker, etc. Being that we have so much in common, (we both specialize in golfers), we are educating each other on our work and strengths and how we can help each other help our students/patients.

When we played golf together a few weeks ago, I enlightened him on his negative self-talk (which wasn’t horrible for most people, but is holding him back from improving by blocking his own potential. And we also talked about his resistance of letting his swing go. Being a left brain thinker (Doctor) he wasn’t allowing his right brain to â€œjust play. Although the day was supposed to be about me helping him, he (being the analyzer) couldn’t help but notice my tendency to slide just enough that told him my Glute Medius (a hip stabilizer) was weak.

Back to today in his office in Darien, CT. After extensive muscle testing with Applied Kinesiology, he found enough weak muscles (yes the Glute Medius, he reminded me) that he then went and tested my Chakras. (You don’t have to know or even believe in the details, just understand we are all energy, that energy lives inside, outside and around us.) Well my energy was moving in the wrong direction. (Now if you’re still reading, great this will all come together now).

Since my background is pretty extensive in body work, he knew I would be open to learning more about myself, (which I always am). He knew about the Pyloric Stenosis from my chart, and said he wanted to start there. He said, Your energy is blocked, let’s see if we can release some old internal scaring. Well, the session was nothing short of profound, intense and releasing! It was a bit like a hypnosis session (or guided meditation) in that he brought me to a quiet place in my mind where I could go inside and find some silence. He guided back to the time of my surgery at six weeks old. As in hypnosis, the facilitator is a guide that opens the door, and it was up to me to walk in.

There I was, back at six weeks old, on the operating table. I saw myself on a cold steel table, with four hot bright white lights shining down on me, four people hovering over me… poking, prodding and tending to me. I actually felt the incision. While my mind was racing back in time my breathing was getting faster and deeper, and I could feel my heart pounding out of my chest. As Dr. Birsky was talking to me through the entire process, I also felt safe to let myself go, deal with, and release whatever came up.

He guided me into the recovery room and to a place of gratitude. (Here is the lesson… this is huge). Although I may have felt mishandled and they didn’t speak a language I yet understood (at six weeks old), it was time for me to forgive them. Forgive everyone.

It was time to release any left over scars with forgiveness and gratitude. I did… and it was amazing. The powerful release of gratitude gave me my power back that I didn’t even know I gave up!

As soon as I got to that wonderful place of gratitude and forgiveness, I knew I was freed. It felt like a sunset hoovering over a peaceful ocean at low tide. It was quiet.

There was a wave of release that flowed through my body and just then I felt my energy change. As unfathomable as it sounds, as I felt it, Dr. Birsky mentioned he felt my energy shift.

My breathing slowed down and my heart rate slowed back to normal, as I went around to thank everyone for saving my life. I forgive you for not knowing how to handle me… I thank you… over and over to each person at the hospital.

The moment I said thank you to my mother, I felt my eyes well up with emotion that released me back to adulthood and back into the room again. I released an emotional scar that I had held physically for so many years. It took me years as a child to wear a bikini because of the scar that runs vertically in the middle of my stomach. Then after some time I had a change of attitude, that I don’t care what people think, and I’m unique… and it makes for a conversation piece. Maybe that’s where I formed some my mind power principles as well! I’m okay just the way I am.

After the energy work session Dr. Birsky tested the weaknesses again and almost all of them improved profoundly, especially my Glute Medius! It’s very interesting to note that in the name Pyloric Stenosis, the word stenosis means; a constriction or narrowing of a duct, passage, or opening in the body. I am now aware that I had an emotional constriction in my heart from a long time ago, that never healed. As soon as I released my power to forgive and expressed gratitude for my life, I was able to release any negative feelings.

If you’ve experienced PS or know someone else that has, please share your comments below. Or if you have had a similar experience, feel free to share it! It’s always great to share and send a hug to others.

FYI… Did you know Actor, Will Ferrell Suffered from Pyloric Stenosis as a child. The scar is visible on many of the shirtless scenes he does.

7 comments for “My Pyloric Stenosis at six weeks old, Released with Gratitude!”

This site uses Akismet to reduce spam. Learn how your comment data is processed.